In America’s oldest settlement west of the Rockies -- the coastal town of Astoria, Oregon -- homegrown brewers are utilizing innovative financing to keep the tradition of canning alive on the city’s waterfront. 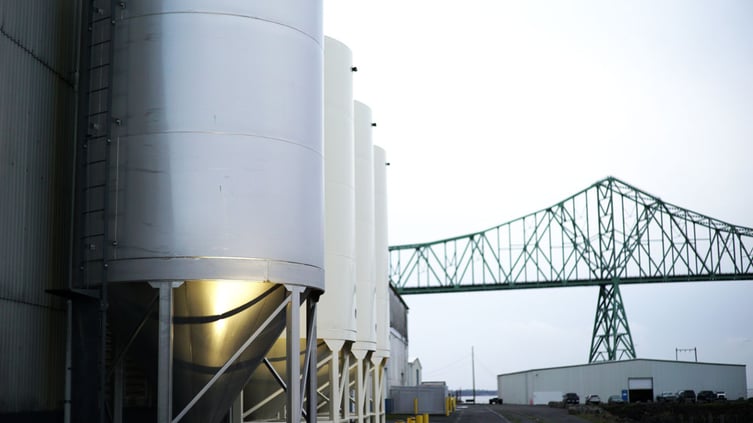 For Chris Nemlowill, the path to co-founding one of the Pacific Northwest’s most popular breweries -- Fort George Brewery in Astoria, Oregon -- is rooted in the most unlikely of events: his grandmother breaking her hip.

In the summer of 2003, Nemlowill had just completed dual marketing and computer science degrees at Southern Oregon University in Ashland when he learned about his grandmother’s fall. Even though he had an internship waiting for him at a large technology company, he instead volunteered to head south to Concord, California to help his grandmother recuperate.

To fill the afternoons as his grandmother rested, he sat in her living room and read numerous books about home-brewing beer; he had recently developed an interest in the topic (he was just in college, after all) and the chemistry of brewing was a natural fit with his science-minded brain.

As he sat reading, his mind often drifted back to a wedding he attended in Germany in 1998. It was there that he first witnessed breweries as family-friendly gathering places where people would spend hours talking and laughing. That left an impression, and later seeded an idea: Could he found his own family-friendly local brewery in his hometown of Astoria?

At the end of summer, and with his grandmother on the mend, Nemlowill headed back to Astoria and notified his mother of the last thing the parent of a recent college graduate wants to hear: He wanted to skip his tech internship, move into her basement, learn to brew beer, and eventually become a brewmaster. But first, he wanted to travel to the Netherlands for six months to study beer and marketing.

His mother, seeing the intent in his eyes, agreed to the plan; she knew, at least, that the technology industry was a viable backup option if his plan didn’t work out.

From the Basement to the Waterfront

After his studies abroad in Europe, Nemlowill perfected his brewing at night -- with the help of tricks he picked up from brewers in Belgium, the Netherlands, and at Germany’s Oktoberfest -- while working daytime shifts as a barista at a drive-thru coffee stand. Every once and awhile, he’d hand a bottle of his homebrew to his best customers along with their coffee so they could try it at home and report back during their next coffee visit. Eventually, he developed enough confidence to share his beer with Jack Harris, a well-known brewmaster at Bill’s Tavern in the nearby town of Cannon Beach. Harris liked his beer, and Nemlowill offered to work for him for free to gain experience.

“I like your ambition,” said Harris. “But you can’t work for us for free.”

Harris hired Nemlowill in 2004 and taught him the art of brewing award-winning beer at the scale necessary to run a brewery. Nemlowill, always in a hurry, began to conceive of his own brewery just one year later. When Nemlowill first looked at the abandoned Fort George Building on the corner of 15th & Duane in downtown Astoria in 2005, he made sure to take Harris with him to assess the site’s potential as a future brewery.

The building had special significance: It was on the site of the first American settlement on the West Coast, Fort Astoria (also known as Fort George when the area was under British rule from 1813 to 1818), and remaking the site as a community hub was about more than just a brewery. It would be a symbol of community resilience, independence, and innovation in a region so hard-hit by decades of fishing, canning, and timber losses that it was now a federally-designated distressed census tract.

“The windows were broken, and pigeons were sitting on windowsills, but you could tell it was a special place,” said Nemlowill. “You could just stare at those old Douglas Fir beams all day.”

Nemlowill and Harris officially went into business together as brewery co-founders, and in 2006 the pair built-out the rented 3,000-square-foot space on the main floor of the building with the help of a small group of local investors. Fort George Brewery + Public House officially opened to the public in March 2007, and in addition to onsite brewing and food offerings, Nemlowill began a fledgling distribution operation to bars and restaurants in the way you might expect in those early days: from the back of a used Ford Aerostar van with a bashed-in front end. 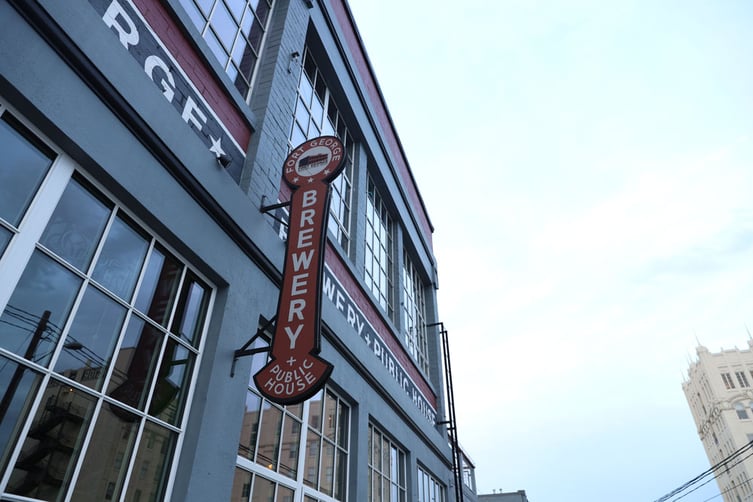 As the business took off, the pub and brewery soon found themselves short on space. Nemlowill and Harris lobbied their landlord, who loaned them space in another building. Eventually, after getting sick of hearing from the pair, the landlord agreed to sell them the Fort George Building on one condition: That they buy all of his downtown Astoria property at once. Nemlowill organized the financing package that allowed them to buy the whole block. Once they owned the adjacent Lovell building in addition to the Fort George, business boomed once again. In 2011, Fort George Brewery began distributing cans of their Vortex IPA, 1811 Lager, and Cavatica Stout in Oregon and southwest Washington. Over their history, the business has now produced more than 40 varieties of beer distributed throughout Oregon, Washington, and Idaho, with more than 1,000 taps in bars and restaurants across the region. Fort George is now in the top 10 of craft breweries in Oregon and one of the fastest growing in the U.S.

Nemlowill and Harris, ever the optimists, are now pushing ahead despite the COVID-19 pandemic with their latest big step for the company, and Astoria: a 124,000-square-foot waterfront campus for brewing, distribution, and canning. The site, which opens to expansive views of the Columbia River and the Astoria-Megler Bridge, was once the location of the biggest-ever salmon and tuna cannery on the West Coast. With the opening of the new site, Nemlowill and Harris will keep the region’s tradition of canning alive, even if the product they are canning is a twist on past tradition. The new location will allow Fort George to eventually produce 10 million cans of beer per year, and more than double its annual barrel production to 60,000. 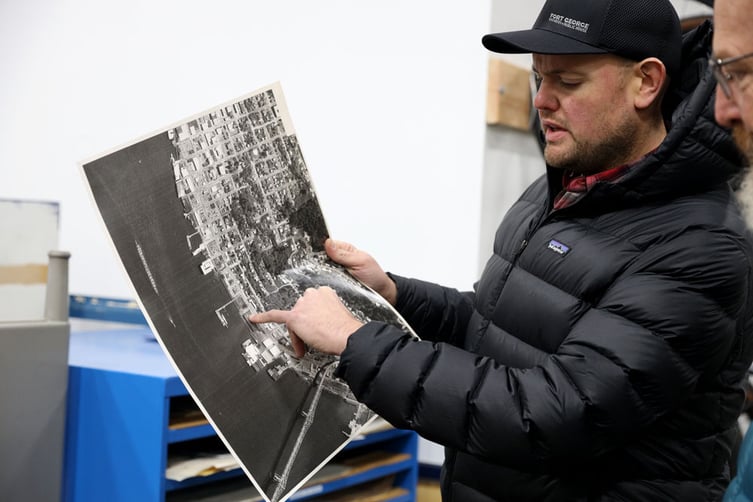 “With the pandemic, we are putting almost all of our beer in cans,” says Nemlowill. “Right now, we can’t make enough beer.”

Nemlowill says the new facility would not have been possible without New Markets Tax Credits (NMTC), a complex financial tool used for economic development in communities facing a lack of opportunity or inadequate access to capital. The federal NMTC program, created in 2000, is designed to attract investment in distressed, low-income census tracts in exchange for future tax credits for private investors.

“New Markets Tax Credits tipped me toward making the decision to move forward,” says Nemlowill. “It was the tipping point because these are old buildings that needed work. We were digging ourselves out of debt but couldn’t grow any more. The tax credits gave us the opportunity to grow and keep running.”

“It was the tipping point because these are old buildings that needed work. We were digging ourselves out of debt but couldn’t grow any more. The tax credits gave us the opportunity to grow and keep running.”

As the Fort George purchase shows, free market forces alone are often not enough to make manufacturing projects such as Nemlowill’s pencil. The total cost of the project, including the $8 million purchase price, is $12.5 million when including building retrofits, new production equipment, distribution systems, and cold storage. For help assembling the complex financial package, Nemlowill turned to Craft3, a certified nonprofit Community Development Financial Institution and Community Development Entity with coastal roots of its own; the organization was founded in rural Ilwaco, Washington, just north of Astoria, in 1994. Craft3, with a focus on mission-related lending in underserved communities, previously helped finance Nemlowill’s purchase of the brewery’s first building, and he felt that turning to them again seemed like a natural fit.

Craft3 stepped forward with a $12 million NMTC allocation, with U.S. Bank serving as the investor purchasing the tax credits. U.S. Bank also provided additional loans. Business Oregon, the state’s economic development agency, agreed to pay for removal of old contamination at the site, at a cost of roughly $1 million. Local governments also backed Fort George by leveraging the tax benefits of Clatsop Enterprise Zone designation, which will save the company an estimated $617,000 in property taxes over the next decade. In exchange, Fort George promises to create more than 35 full-time jobs earning a living wage of at least 130 percent of Clatsop County’s annual average wage. Fort George will still pay property taxes on the land and buildings. 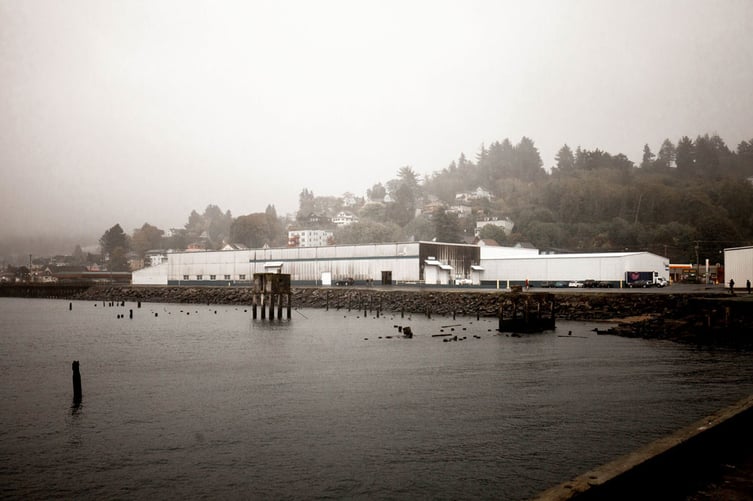 “This is an iconic project,” said Adam Zimmerman, Craft3 President and CEO. “We love seeing the tradition of canning continue in Astoria. We have always been impressed by Fort George’s effort to create opportunity for its employees and build a strong community in the Lower Columbia. Our New Markets Tax Credit investment builds on our shared commitment to create quality jobs and support the economic revitalization of the Astoria waterfront.”

“We have always been impressed by Fort George’s effort to create opportunity for its employees and build a strong community in the Lower Columbia. Our New Markets Tax Credit investment builds on our shared commitment to create quality jobs and support the economic revitalization of the Astoria waterfront.”

When you ask Nemlowill what’s at the heart of Fort George Brewery’s success, his reaction can be boiled down to one word: Community.

“Our work is about supporting the community, and raising families here. It’s about creating a future for our kids and our town. I love this town and love being part of a team that’s creating something.”

“Our work is about supporting the community, and raising families here,” he says. “It’s about creating a future for our kids and our town. Astoria was a depressed community when I was growing up. I love this town and love being part of a team that’s creating something. People here work so hard, and I find a ton of satisfaction watching those people come to the brewery, sit down, spend their hard-earned money, and enjoy it. That’s where I get a lot of my energy.”

Nemlowill also cites the region’s natural assets as a secret to success, including the rich wheat of north-central Oregon and south-central Washington, barley from the Klamath Basin, and remarkable local water quality with properties similar to water found in the Pilsen region of the Czech Republic, home of Pilsner-style pale lagers. All of it, and the dedication of the brewery’s employees, has combined to create success beyond what Nemlowill ever imagined.

Nemlowill knows that there will be headwinds as they progress. The ongoing economic impact of the pandemic, the large number of breweries in one of America’s most popular brewing regions, and the challenges of expanding his business are things Nemlowill considers every day. Yet, he foresees a prosperous future ahead for his hometown, even in these tough times. 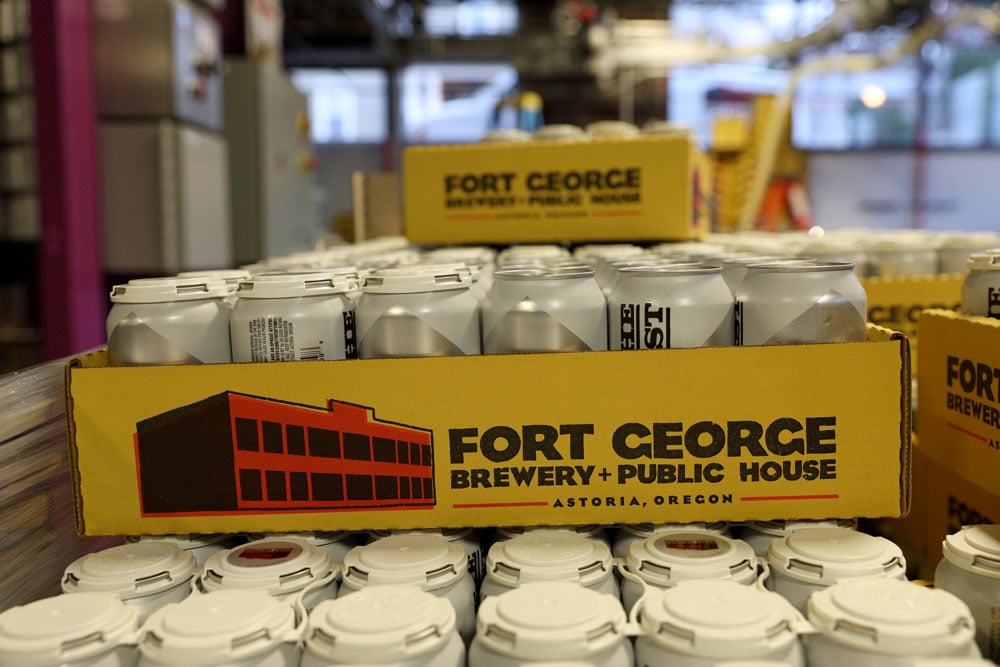 “We’re down about 20 percent from last year because of the pandemic,” says Nemlowill. “That’s far better than we expected, and kind of incredible. That’s thanks to our community and our customers. Our distribution is truly helping us, and our potential for distribution thanks to the new facility gives us great hope. We’re so thankful for it.”